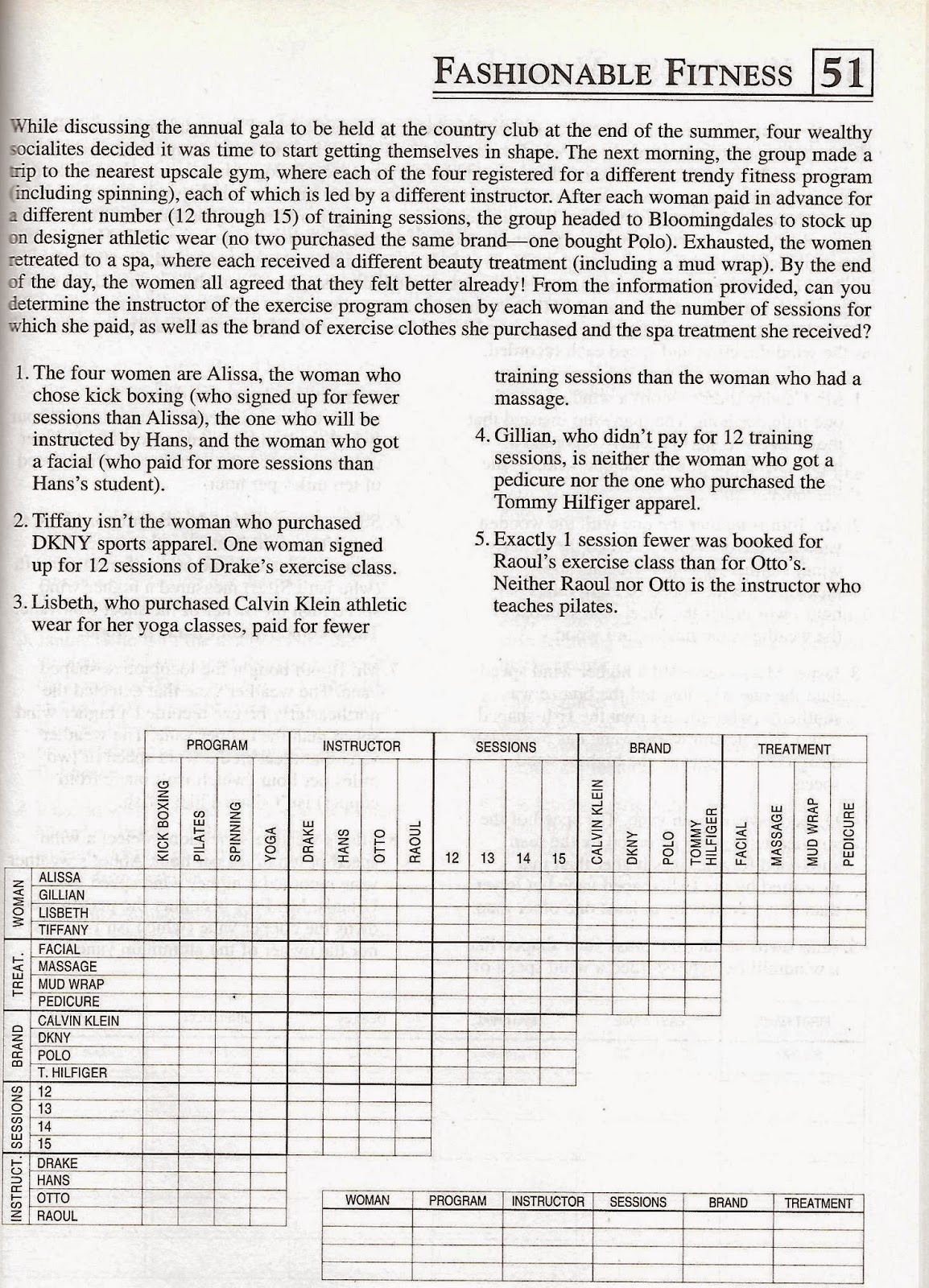 Although I sometimes use the provided grid for solving logic puzzles, for this specific puzzle I did not, nor do I think it is necessary. For this one, I used the first clue to create four separate "columns" of information, each one representing one of the four women and all of her various characteristics (instructor name, number of sessions, spa treatment, etc.). Then, I went through all the clues repeatedly, and gradually added information to each of the columns as I could deduce it. I was able to solve the entire puzzle this way.

My first step was the following line of reasoning:

My second step was the following line of reasoning:

For the next step:

For the next step:

All that is left is determining

As you should be able to see, the order in which you consider the clues is very important. In most logic puzzles, the clues are deliberately presented in an order different from the optimal order needed for solving. So rather than consider them in the order given, you should read through them repeatedly, and at each step in solving work with whatever clue will best help you to deduce new information. You should also note that you might use the various parts of a single clue at different times. For example, I used the second part of clue 2 near the beginning, but I didn't use the first part of this clue until near the end.