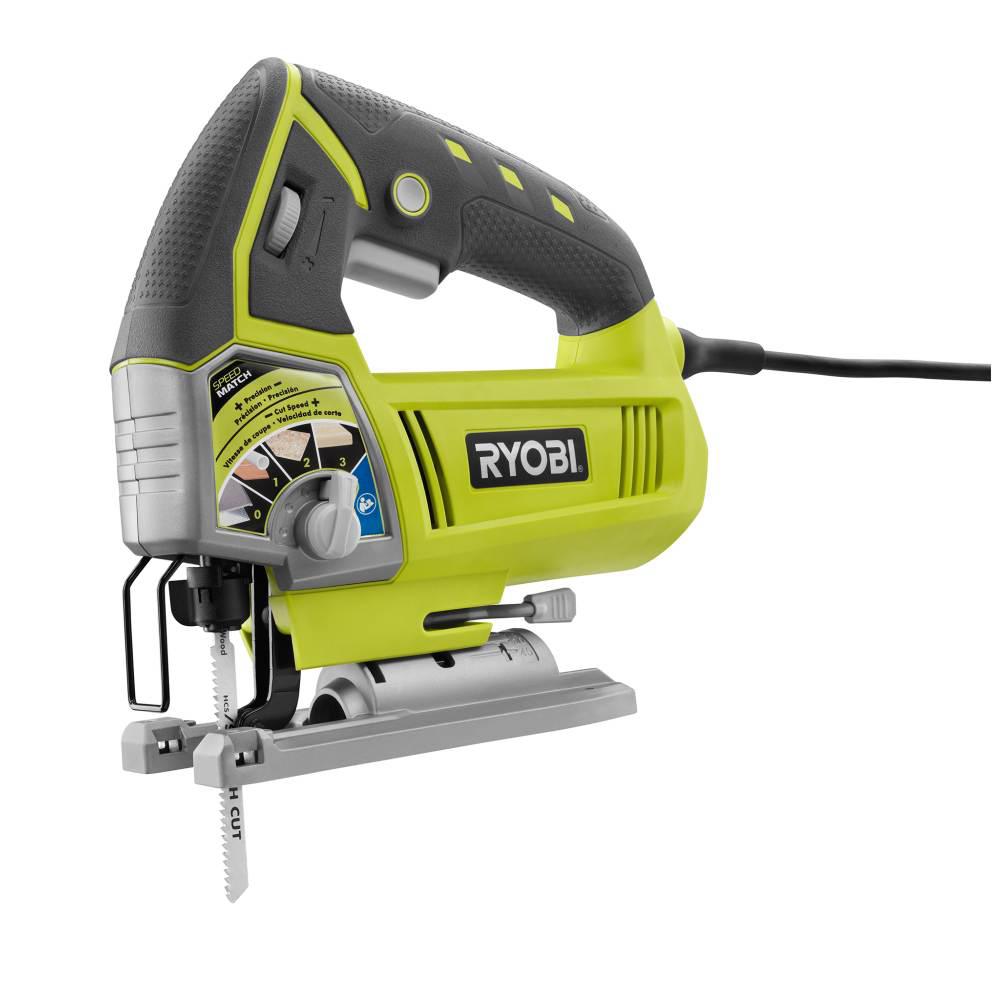 Since nobody else has weighed in with a complete answer, I'll give it a shot.

Jigsaws are pretty benign as cutting tools. Except for the obvious issue of putting a body part close to the blade, the most common thing for a jigsaw seems to be a blade binding and the whole saw hopping up and down, which is bothersome and might thump a finger.

I'd suggest that you build habits around not having your hands in proximity to the blade, rather than getting a (possibly false) sense of security in the form of a protective glove. It might even be the case that having a glove makes you more likely to do something strange and dangerous. (YMMV.) Clamping a workpiece securely so you can concentrate on cutting, rather than holding and cutting is a good idea.

As mentioned by @FreeMan, the jigsaw isn't great for a long straight rip cut. Once in a blue moon isn't too bad, but if you find yourself needing this functionality regularly, a circular saw might be a good next step. At least find a jigsaw blade that's long enough to cut 1.5" and has relatively few teeth for easier ripping. (And a couple of rips might convince you to just buy the right size lumber to start with.)